Comic Con has come again. Several weeks ago, actually. I had issues uploading my pics to Google drive so I could get them from my phone to my computer. But it’s all sorted out now!

And now a tiled mosaic of this year’s sixteen Harley Quinns: 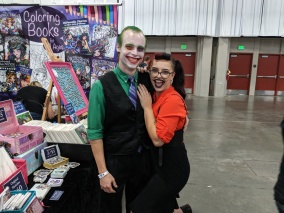 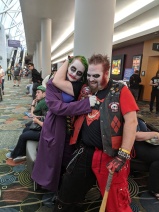 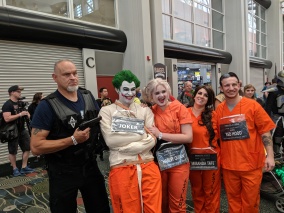 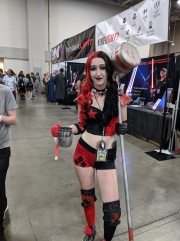 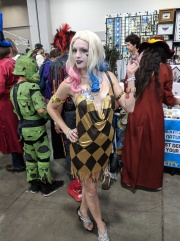 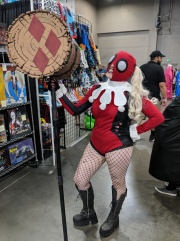 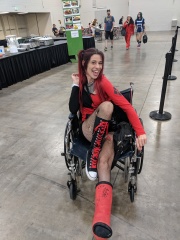 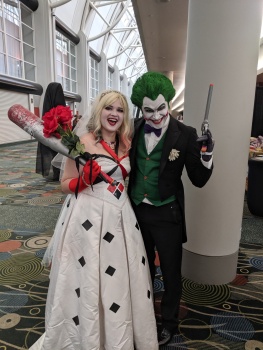 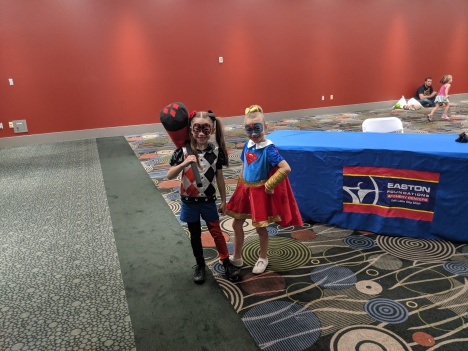 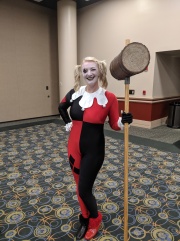 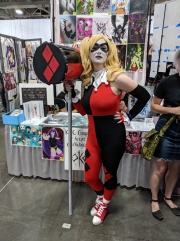 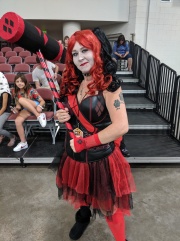 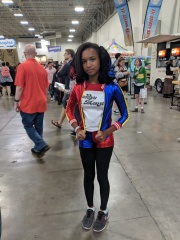 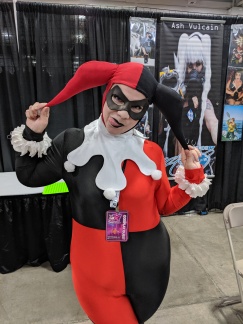 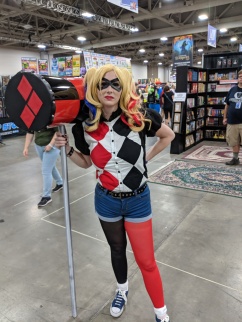 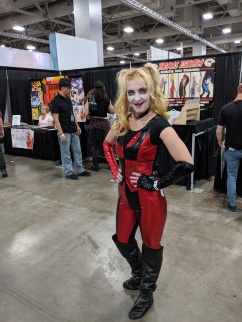 I remember there was a Harley Quinn I saw while sitting down and was simply too exhausted to get up and ask for a picture from. I forget if I caught that Quinn later when I was feeling more rested. Either way, it’s pretty clear at this point that we’re never gonna see a Harley boom like we had right after Suicide Squad came out, even though she remains a very common cosplay. I wonder how the Joker movie will impact Harley Quinn cosplays going forward? Harley doesn’t seem like she’s actually in the movie, but maybe more Joker attention will boost Harley by association? On the other hand, the Joker character seems kinda pathetic in that movie, and even if it works and is relatable, henchgirling for a relatably mediocre character is probably not super-compelling. And the movie’s coming out in October, months before the 2020 FanX, so if it turns out to be really forgettable, its influence may have faded completely by the time I’m attending another convention.