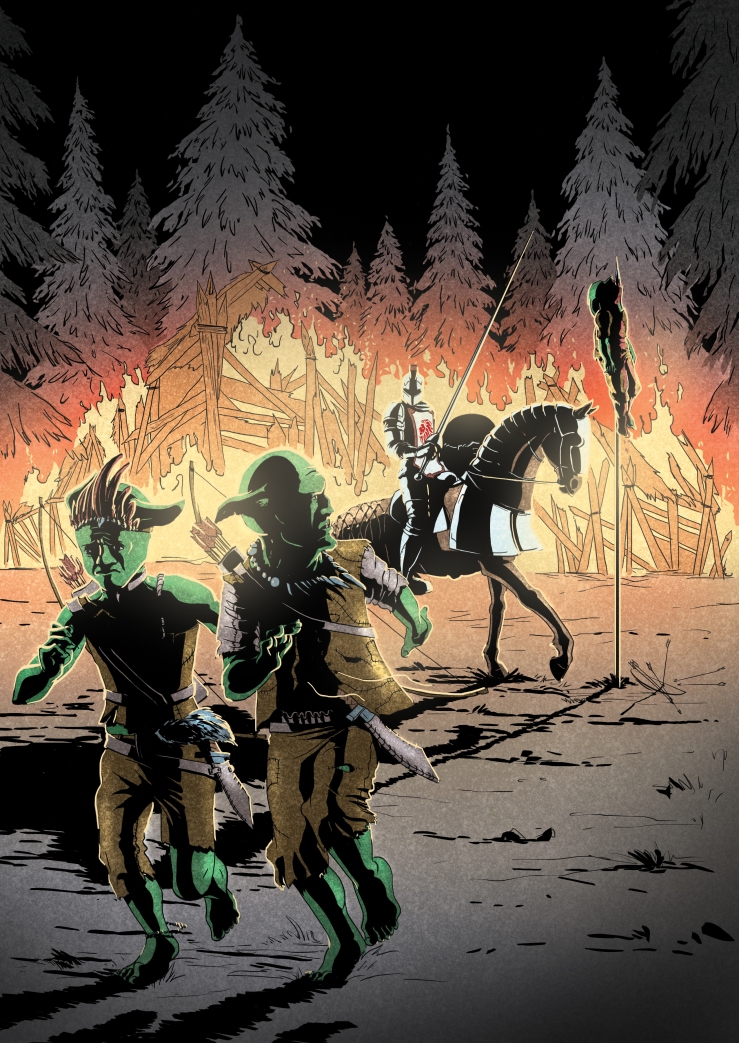 Petals and Thorns II: Heroes of Ramshorn, an adventure about power and what you’ll do to keep it, is now live! The Lunatic Court, the Order of the Lion, and a menagerie of other factions are going to blows over the Eastern Coalition. How far are you willing to push your luck to get as much done as possible before taking a long rest and giving your enemies time to march? How many compromises are you willing to make to win the loyalty of enough allies to crush your enemy and install your regime? What do you believe in – and who are you willing to sacrifice to those beliefs?

Reminder that Kickstarter gives projects visibility based on the total number of backers, not the total amount pledged, so even a $1 pledge can be very helpful in getting the project in front of more people. If $1 is all you can or want to give, don’t be discouraged by thinking that it won’t make much a difference – it can make a bigger difference than it seems.