Those of you who keep track of my posting schedule will notice that this is looks suspiciously like a Tuesday/Friday article, and those of you who keep track of the day of the week will notice that it is Thursday. I’ve had a really terrible routine for the better part of the past week where I write up a blog post first because that’s most urgent, then prep for one of my D&D games because, being scheduled just a few hours after my blog posts go live, that’s second most urgent, and while in theory that should leave me about 1-2 hours to work on Petals and Thorns II before I have to run the game, in practice it always ends up being more like twenty minutes. That’s not enough time for me to get into flow, and after the game is over I’m usually too tired to do good work. Petals and Thorns II is therefore behind schedule for having a deliverable (though very hard to parse – I don’t have the commercial license for the maps yet, so you’d just have to follow instructions in the room descriptions like it’s a text adventure) draft for its March 1st Kickstarter.

Thursday is the only day when I don’t have to prep anything, so I’m dedicating today completely to getting Petals and Thorns caught up, which means I’m having a Friday article on Thursday, which is actually just “hey, look at these illustrations I commissioned for the Petals and Thorns II Kickstarter,” and tomorrow we’ll be back to Final Fantasy and Philosophy.

Hey, look at these illustrations I commissioned for the Petals and Thorns II Kickstarter. 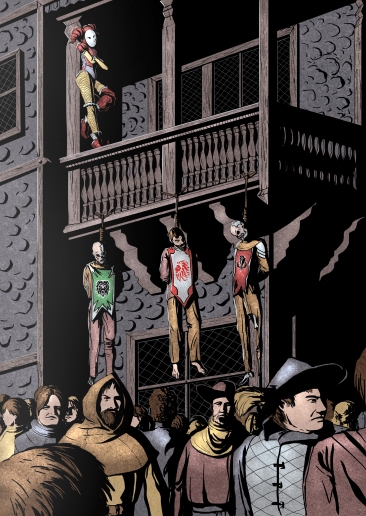 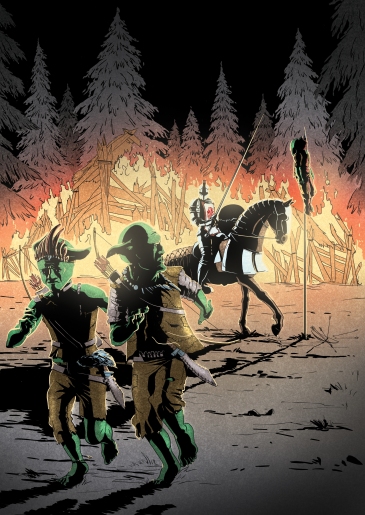