As anyone who’s been following this blog knows (these people know nothing, because they do not exist), my younger brother moved away recently. He won’t be in regular contact with civilization for a while, and he left behind a few things, including some drawings he made of our old D&D game. The campaign we played before the one that finished at Phlan. This was one Hoard of the Dragon Queen. I asked him if it was okay if I scanned them onto the internet before he left, and he said sure. Then I realized I don’t actually have a scanning machine, so here are some terrible phone pictures of them instead.

The quality on this next one was so abysmal it was unreadable done as one picture, so I split it in half. 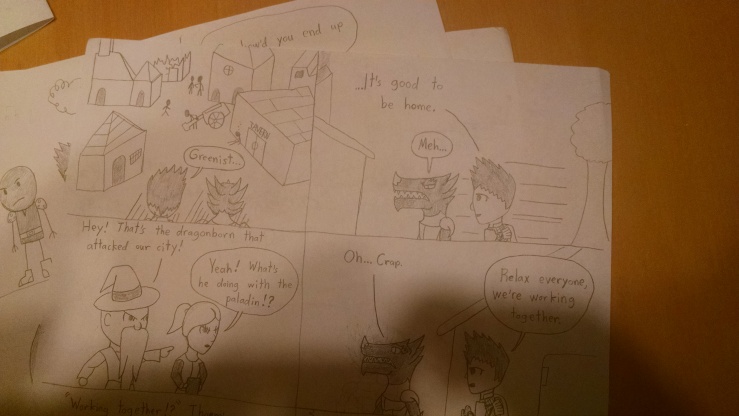 The Tiefling sorcerer on the right went on to die twice more before the end of that campaign. If the D&D afterlife works like DBZ Abridged, he got a free sundae out of the deal.