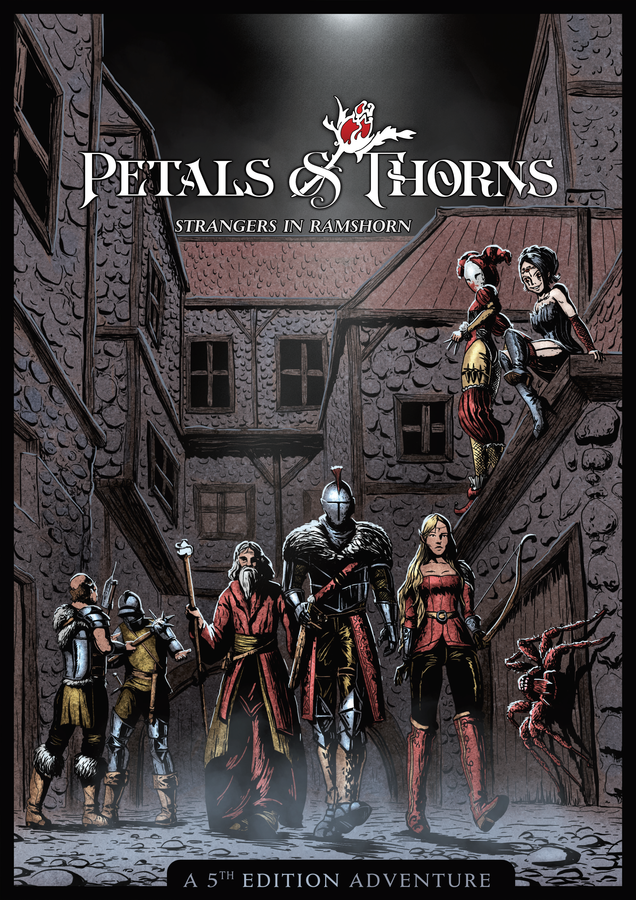 The Bastard Prince Darius, newly promoted commander of the Order of the Lion, believes that his noble blood – out of wedlock or not – entitles him to the loyalty of the peasants while simultaneously obligating him to defend them, and therefore that he must win the throne and restore order to a frontier descending into chaos at any cost.

Harlequin, Lunatic Queen of the Lunatic Court, believes the frontier, abandoned by the crown for fifteen years, owes nothing to the nobles who now come to try and reassert control. The knights from west of the river have always proven greedy and sadistic in the past, why should the Lion be any different?

Evoker Magus Caspar of the Order of the Third Eye believes that a sufficiently advanced understanding of the universe can solve all problems, and that the intrusion of politics into arcane research must be resisted in any form, lest suffering be pointlessly prolonged as those with the ability to solve them are bogged down in red tape.

Lidia Vlatla of the Vlatla Clan of vampires believes that nobody really believes in anything, they just come up with post-hoc justifications for doing what they were going to do anyway. She cuts out the middleman and admits that she’s a people-eating monster who gets away with it because she has supernatural powers. And she’s in the market for friends to rule the night alongside her.

Shirra, Grandmother of the Wood, leader of the Order of the Wyrd, believes that it is the inherent nature, the ultimate destiny of thinking creatures – humans, elves, dwarves, and so on – to learn to resolve such differences without resorting to violence. Nature did not give the ability to reason by accident. It was meant to be used.

Caught in the middle of all five is Ramshorn, besieged on all sides by raiders from the depths, knights turned bandit, an ever-growing and endlessly hungry swarm of spiders, and more. Strategically located near the heart of the Great Forest, any of the five factions would like to control Ramshorn for themselves, but to ally with one is to alienate their rivals. Perhaps a tenuous peace can be maintained, or perhaps it is better to build a coalition of those factions you favor and nevermind the enmity brewing amongst those you do not.

What do you believe in?

Eastern Vintaria stands on the brink of war. The royalist Order of the Lion and the secessionist Lunatic Court are nearly at blows already, and both are attempting to recruit factions both major and minor to their cause.

Vincent of the wilderness knights in the Order of the Wyrd still believes that preventing the war is not impossible, but it will require swift action and more than a bit of luck to get both the Lions and Lunatics to stand down. His more pragmatic peer in the Wyrd, the werewolf Talon, takes the stance that war is inevitable and the Wyrd must pick a side in order to bring the war to a swift conclusion, that to cling to the dream of peace will only allow the fires of war to burn longer.

Lidia Vlatla of the Vlatla Clan of vampires engages her sire Petre in a deadly game of intrigue as they attempt to secure the Scepter of the Bone Lord, which will allow whoever commands it to build a massive undead army. Petre and Lidia both take a nihilistic view of morality – but when you believe in no morals, what’s to stop your own daughter from stabbing you in the back?

Caspar of the Order of the Third Eye has long believed that the knowledge he and his wizardly order accrue would be used for the good of all. That belief is now put to the test by the practical reality of a brewing civil war in which the Order must take sides. If the Third Eye abandons their morals for base political convenience, will Caspar follow them? And if he doesn’t, where does he go next?

In addition to the major factions are over a dozen minor factions, from serpent infiltrators seeking a safe place to lay their eggs to goblin rebels seeking to re-establish an independent goblin kingdom long since conquered by the humans and elves of Vintaria, from friendly but gullible hill giants bringing incredible physical prowess to a cynical baronet willing to assassinate her own niece to consolidate power, from mercenaries with hearts of gold to mercenaries who pillage the helpless peasants of the countryside whenever they aren’t otherwise employed.