Dani’s out to look around, which means Cal is on his own. Turns out the solid rock he spread his influence through contains a bunch of high-value coal (specifically anthracite, because that’s still happening), which he sucks dry in order to make a bunch of rooms.

Just as I finished my fourth room Dani zipped in at full speed, “Cal! Are you ok? There is an earthquake happening!!”

<Surprise! I grew!> I paused, waiting for the glowing admiration to flow from her.

“Oh Cal no.” Dani whimpered. “We need to get ready. People are going to want to know what is going on.”

<Did I do something wrong?> I was a bit sad that she wasn’t happy with the new additions. <I was just trying to show you that I could do the things you wanted.>

“You didn’t do anything wrong, Cal. Just a little. . . too fast for the moment.

Well, at least she’s stopped scolding him for failing to read her mind, but we’re still pretty firmly in mother/son relations, here, and not in an interesting way.

“No, I am serious! You are growing so well! And your knowledge must be growing too, after all the work you put in, I’m seeing you as an F-rank zero dungeon! You are almost dangerous!” She half-praised, half-teased.

There wasn’t a description of G ranks 5-9 that I skipped, the narrative just skipped over them completely, as predicted. Apparently F-rank is the point where a dungeon has multiple rooms and begins to resemble an actual dungeon. It’s not a bad distinction to have between G-rank dungeons that are still poking around their natural environment and F-ranks that have begun serious (if not impressive) modifications and fortifications, but the numbered sub-ranks are still useless. And honestly, with how many ranks there are (all the way up to A, then three different S grades, then “heavenly” and “godly”) I’m not even confident that clear and reasonable divisions between the lettered super-ranks is going to remain consistent. Leveling is important to LitRPGs, it’s a core part of the genre’s appeal and you can make a reasonable argument that a book that features no kind of character progress analogous to leveling isn’t really in the genre (although assigning individual stat points or whatever as opposed to getting specific levels would definitely still qualify), so for sure a dungeon heart book benefits from some kind of dungeon ranking system. You could probably make it work with, like, 5-7 ranks, though. That’s more tiers than most dungeon heart games have in their tech trees.

“Well,” she considered for a moment, “the average human toddler is about F-rank zero,

Wait, so non-dungeons get ranked, too? Is it by relative power? Cal’s got those shroomish things, so it doesn’t seem like it’d be anything close to an even fight if a toddler tried to storm his dungeon right now, even if an angry farmer with a scythe could probably pull it off. Intelligence doesn’t seem like a valid comparison, either, because Cal is functioning closer in the neighborhood of an eight year old these days. And dear God, if it’s attached to intelligence, that means at some point this author is going to have to start trying to write Cal as a genius (or even a superhuman intelligence), and I doubt that’ll go well.

but they don’t have biting mushrooms sprouting from their feet.

They begin discussing how to turn Cal into a proper death trap.

If she had a mouth she would be grinning, I just know it. “We can start by making more shroomish, and you can try to evolve them or some of the others into stronger monsters. Next, we will make a few traps, like pitfalls, spike traps, or poison cloud spewers. Finally, we need to make a dungeon Boss.”

I’ve never encountered a dungeon heart game where a bunch of traps would be a particularly effective defense by itself, and it’s easy to see why: If traps were really effective, you could just slap a bunch of them on a chokepoint and call it a day. The shroomishes are likewise immobile fortifications. Maybe evolving them into stronger monsters will involve getting them legs? Because otherwise it’s just static fortifications and the boss. ‘Course, LitRPG isn’t exactly frequently well balanced, so maybe Cal will set up static fortifications and they’ll clear out anyone who pokes their head down here anyway, and he’ll invest in minions despite the fact that static fortifications are rarely destroyed by adventurers despite being evidently capable of killing them on entry.

Also, you can’t make a monster of your level or higher. So, since you are an F-rank zero, your best creature can only be of G-rank nine, and you only have the power to control one of them.”

Cal was, like, G-4 or something when he made the shroomish. Which means these shroomishes are significantly sub-toddler creatures, which again raises the question of what the Hell this ranking system is actually measuring.

Dani reports back on her scouting trip:

“This tree has some of the most potent magic of any plant! It purifies the Essence of those around it.”

Can a wisp get headaches? Most likely no, but she seemed pained as she told me, “Cal do you remember how shocked I was that you had removed the corruption you had pulled in while cultivating?”

“Well most beings, which can only pull from their associated elemental Essence, gain corruption slowly but surely, no matter what they do. At the higher ranks, this corruption can block people from ascending to higher cultivation ranks.”

Longes prediction 10 confirmed (“Cultivation requires or is greatly sped up by some magic potions or eating monster parts or something like that”) and we’re well on track for predictions 1 (“Protagonist will find a variety of gimmicks and/or single innate gimmick that will help them skip massive chunks of Cultivation”) and 11 (“Protagonist will subvert [the speed up process from prediction 10], skullfucking the economy in the process”). I’m gonna point out that while 10 is just a setting trope, 1 and 11 are specific plot points, and thus not the kind of thing you want to be so transparently predictable. We haven’t quite confirmed them yet (the protagonist’s get out of corruption free card appears to be on track to be a massive cultivation boost but hasn’t actually resulted in that yet, and likewise this magic tree isn’t within the protagonist’s influence so far and could, in theory, be snatched away from him).

“Well, I took a seed. A single seed from a Silverwood tree takes years for the tree to make. Also, normally these will never grow outside of their groves, but I think that the Essence you provide might become a decent substitute for what it gets from the grove. If we can grow it, we can almost guarantee that people will come from all around to be here. It may even help to keep you safe, if people come for this instead of focusing on trying to get your Core.”

I guess if the tree is behind a mostly completely different set of defenses than the core, people might choose to head for the tree rather than the core, but then you need to build two mostly separate dungeons, and people who specifically want a dungeon core and don’t need the tree would have fewer defenses to penetrate. Sure, people who come for the tree won’t be attacking Cal’s core, but if there were no tree, those people wouldn’t have come at all.

if we want to give this its best shot, we will need to give it the most concentrated, pure Essence that you can give it. It will have to be in your Essence puddle with you.

So we can’t even put it in a different location. Again: People who come for the tree and ignore the core would not even have been a threat in the first place if the tree weren’t here. So all this means it that people who come for the tree might take the core because hey, bonus. Now, the tree has a useful aura which means leaving it and the core feeding it alone is beneficial to people who want to use the tree long term, which means those people might defend the dungeon from people who just want the core, but only if they know the dungeon core is necessary, and the nature of dungeons is top secret (for…some reason) so who even knows how many people will know that this weird gem enmeshed in the tree’s roots has anything to do with keeping the tree alive.

To my surprise, I moved smoothly and soundlessly.

<Why is this so easy?> I was having so much fun I started moving faster, zipping through the tunnels in an ecstatic blur. <This is so fun!>

“Ha-ha!” She laughed, flying along behind me, “It’s due to you being in your body this time! Last time you were going along uninfluenced ground outside, and you were dragging yourself along. Now, in your influence, you control all of this!”

God forbid our protagonist have to contend with the tactical challenge of being unable to quickly and easily move his core around and thus have to fortify from his starting position. No, we’ll go ahead and make relocation within his influence trivial. At this point, why even make him a rock? Why not make him, like, a goblin or whatever?

It began growing at an exponential rate, the power funneling into different areas of the plant in ways I would have never expected. The process slowed down, but spiky thorns began protruding from the stalk. They dripped with poison, and the gill-like ridges under the cap were holding spores that would be released in clouds when it was fighting.

Wait, so is it still immobile? Is Cal’s entire dungeon going to comprise of static defenses? That’s kinda dull. He won’t have anything to do during an actual raid, will he? Just watch as adventurers penetrate defenses that he can’t reallocate and hope they drop dead before reaching the end. Maybe he’ll be able to cast spells or something?

“Ok, that looks cool. Can I name it?” Dani excitedly pleaded.

<Sure, I’m glad actually, I was coming up with blanks. What do you have for me?> I cheerfully responded. 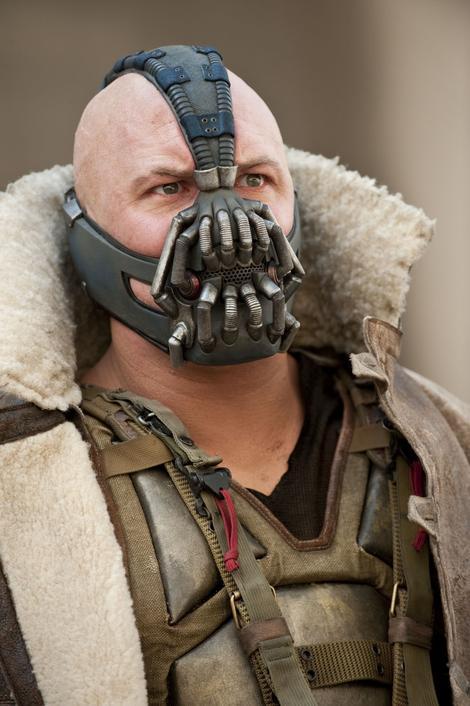 Dani sounded tired when she finally called it a night for us. “Well, I think that will do for now. I don’t think there are many more things for us to do except, well, how about you do some decorating. Let’s add some inlay and embellish the entryway. We are still at the bottom of a crevasse, but I think that we should start to make ourselves look good before people find us.”

For the love of God, why?! Cal is a weak little baby dungeon who just drew a ton of attention by rapidly tunneling around and causing an earthquake. Every moment the locals are poking around random non-dungeon caverns is a moment Cal can harvest more blue juice to strengthen his defenses. I get wanting to decorate your sweet pad to look awesome, but now is really not the time.

1 thought on “Dungeon Born: Why Is The Dungeon Heart More Mobile Than His Minions?”